Natalia Jura, PhD, is focused on how cells transmit signals via protein molecules on their surface to elucidate what goes wrong in cellular communication with cancer. “We are using cryogenic electron microscopy to tackle the structure of a class of these proteins called Receptor Tyrosine Kinases. These are the first studies that will allow us to look at these molecules as a whole piece, understand their architecture, and see how mutations change them.” 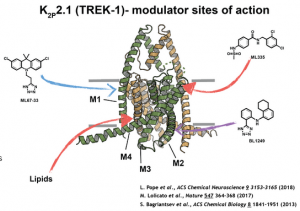 Kissing a frog might not spark a fairy tale ending, but learning how frogs survive some of nature’s most deadly poisons has opened a new chapter in the laboratory of Daniel Minor Jr. 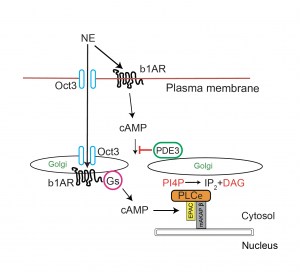 Beta blockers are among the most widely used drugs for treating heart failure.  It has long been thought that these drugs act on proteins, known as adrenergic receptors, that solely reside on cell surfaces.  A recent study by scientists at CVRI and the University of Michigan has discovered a previously unknown role for adrenergic receptors within cells. When beta blockers were developed, there were no considerations for their abilities to access internal adrenergic receptors.  This new knowledge can potentially lead to the development of drugs that are more effective in the treatment of cardiovascular disease.

As climate change brings more red tides, a protein from the American bullfrog might provide protection from paralytic shellfish poisoning.

As climate change raises ocean temperatures, fisheries and public health agencies closely monitor the waters for harmful algal blooms known as red tides. The algae in these blooms produce a neurotoxin that accumulates in shellfish, rendering them dangerous, or even lethal, for human consumption. Bullfrogs, however, have a natural defense in the form of a protein known as saxiphilin. 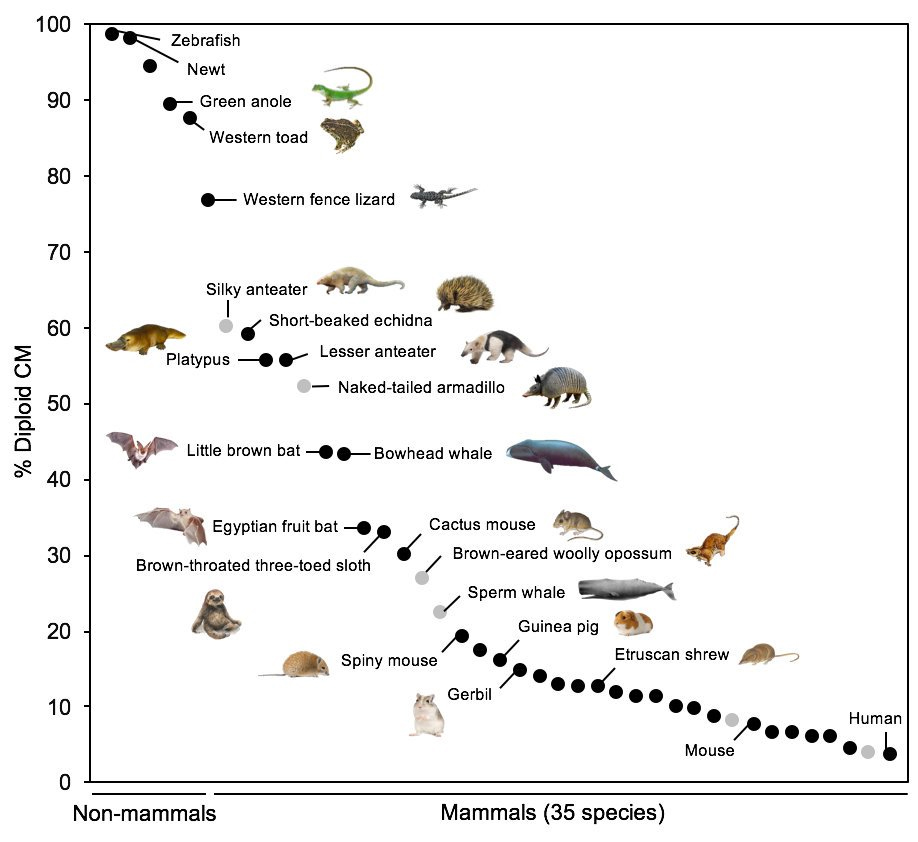 Why can’t we regenerate the heart? A recent study by the Huang laboratory at UCSF explored the heart of echidnas, platypus, anteaters, armadillos, whales and bats, and identified a key hormone that made our ancestors warm-blooded but left us susceptible to heart damage. There is a weapon that is released by algae around the world and concentrated, invisible, in the flesh of shellfish. An amount the size of a poppy seed is enough to kill a grown person. It’s part of an onslaught from which we’ve defended ourselves for decades, which might be why you’ve never heard of it. 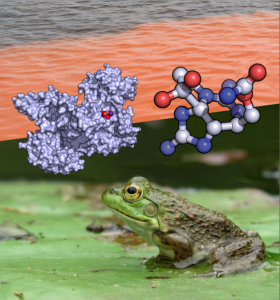 CVRI investigators have uncovered how an American bullfrog protein known as saxiphilin binds to and inhibits the action of saxitoxin. This deadly neurotoxin, which is about one thousand times more potent than cyanide, is made by algal blooms known as ‘red tide’. If ingested from contaminated shellfish, the toxin blocks electrical signaling in nerves and muscles, leading to death. Red tides are becoming more common due to climate change and these findings may lead to new ways to detect and neutralize the toxin. 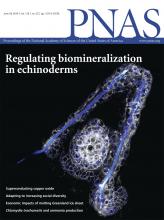 CVRI investigators decipher the mechanism by which platelets are activated to form clots, a key step in both normal and thrombotic processes. The researchers reveal how interactions between transmembrane helices of key proteins found in the membranes of platelets and many other cells help orchestrate the process. Their work is also informs our understanding of the assembly of many other proteins involved in transmembrane signal transduction.

The conclude that e-cigarettes should not be promoted or prescribed as a less risky alternative to combustible cigarettes and should not be recommended for smoking cessation among people with or at risk of myocardial infarction.